If an actor is talented and versatile, from supporting roles, he will eventually land lead roles, and that is what exactly happened to Jon Bernthal. From small roles in TV shows such as How I Met Your Mother and CSI: Miami to supporting roles in films, including Night at the Museum and Snitch, Jon Bernthal’s name grew. He landed more demanding roles in The Walking Dead, and The Wolf of Wall Street, and, finally, his own lead role in The Punisher. Now he regularly stars alongside big names, including Ben Affleck in The Accountant and Ellie Kemper in Unbreakable Kimmy Schmidt, and has definitely hit the big time.

Jon Bernthal is a dedicated supporter of many charitable causes, including the non-profit organization he runs with his brother, Nicholas. Drops Fill Buckets raises funds for causes both on a local and global scale, and is described as an “impact-driven, entrepreneurial approach to making a difference“.

Who was Jon Bernthal in How I Met Your Mother?

Like many actors, Jon Bernthal started out with small roles, such as “Carlos” in How I Met Your Mother.

In the second episode of the first season – back in 2005, fact fans, he appeared at Ted Mosby’s (Josh Radnor) party, thrown in an attempt to get closer to his love interest, Robin, played by the gorgeous Cobie Smulders.

What boots does Jon Bernthal wear in The Punisher?

When Jon Bernthal played the role of the ruggedly handsome and brawny Frank Castle, aka “The Punisher” in Daredevil and in The Punisher, he had to wear boots that were equally rugged and handsome. His pick was a Bates Zero Mass 8 inches Boots. It is a popular work boot, extremely comfortable and suited to the many stunts and action scenes that Jon Bernthal had to perform. Mean ‘n ‘ moody Frank’s whole outfit is designed to enhance his Punisher profile, with every item chosen for both practicality, authenticity and downright raunch!

What is his full name?

What is the nationality of Jon Bernthal?

Jon Bernthal was born in Washington, D.C, and is American.

What is Jon Bernthal’s height and weight?

Jon Bernthal is a shade below 6 feet, as he stands 5 feet 11 inches tall, and weighs around 170lbs.

Is Jon Bernthal married or single?

For ten years now, the 44-year-old actor has been married to Erin Angle. Erin, a trauma nurse, is the niece of WWE wrestler Kurt Angle.

How many kids does Jon Bernthal have?

Jon Bernthal has three kids with his wife Erin. They are sons Henry and Billy, and daughter Adeline.

How much is Jon Bernthal worth?

Jon Bernthal has a net worth of 10 million dollars.

Jon Bernthal on family and The Punisher

Jon Bernthal, Josh Charles, Jamie Hector To Star In ‘We Own This City’ – Deadline. This one right here... so grateful. So honored. Let’s get it. Big love. https://deadline.com/2021/05/jon-bernthal-josh-charles-jamie-hector-we-own-this-city-hbo-limited-series-the-wire-david-simon-george-pelecanos-1234760330/

She is the truth. Much love y’all.

More people need to be talking about Medina Senghore because she is everything and I want her to lead her own action movie soon. #ThoseWhoWishMeDead

My friend Paul is an inspiration. He is inspiring, genuine, honest and strong. His is exactly the voice we should be listening to in these complicated times. I was honored to be on his show. I’m proud to call him a brother. 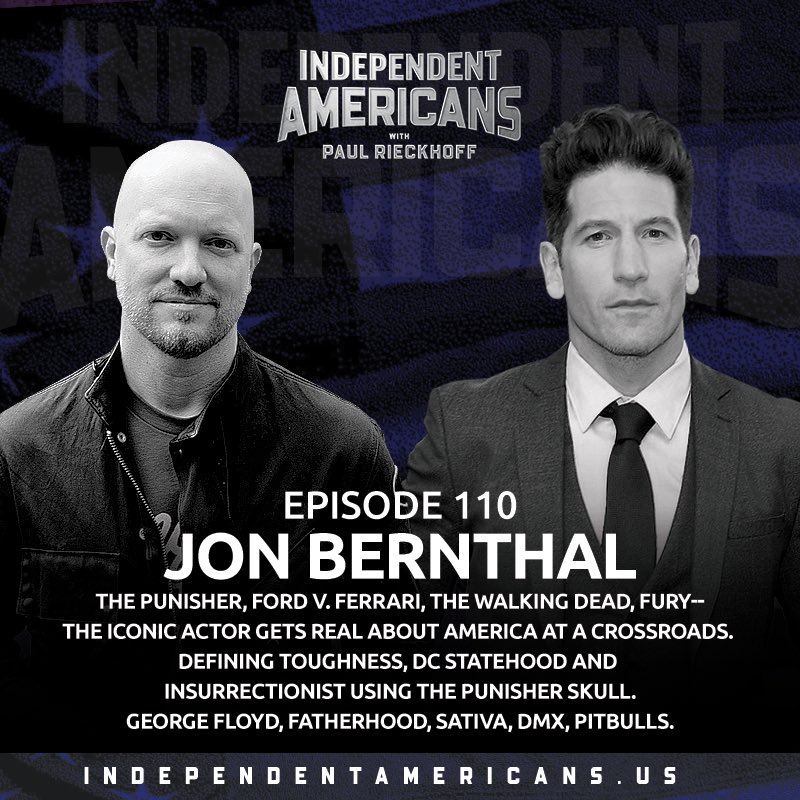 Julia Stiles – 10 Things We Know About Her

Where is Candice Bergen Now?