Catherine Marcelle Reitman is a Canadian-American actress. Although she is best remembered for Workin’ Moms, Catherine has appeared on many TV shows and sitcoms, one of which was in the popular TV show How I Met Your Mother. Catherine Reitman plays the role of Henrietta, one of Ted Mosby’s former love interests. Other TV shows she has appeared in include It’s Always Sunny in Philadelphia, Blackish, and Weeds. Some of the motion pictures she has been part of include popular titles such as I Love You, Man and Friends With Benefits.

Still, what put Catherine Reitman on the map of fame and greatness was Workin’ Moms, being that she was the one who created, produced, wrote, and even starred in the Canadian television sitcom. Catherine shared the vision of having a show that talked about the experiences of working mothers with her own real-life husband Philip Sternberg. What Catherine Reitman created was a reflection of what moms go through as they maintain their families’ well-being while having to continue on with their lives and careers.

How old is Catherine Reitman?

Catherine Reitman was born on April 28, 1981. She is [age birthday=”04/28/1981″] years old. People born in late April are under the star sign Taurus, and they are known to be determined and stable. Perhaps, Catherine Reitman has it all figured out in spite of the challenges that come with being a celebrity working mom.

Catherine Reitman as a child with her mother, Geneviève Robert

What happened to Catherine Reitman?

One of the prominent things that happened to Catherine Reitman was that she became a mother to two sons. This gave her the impetus to write, produce, and star in her own Canadian TV sitcom Workin’ Moms. In the show, she, together with other mom friends, try to sort out their lives and experiences as working moms. The show debuted in 2016. It appears to have continued to 2020, although many people have noticed that the fourth and latest season only ran for 8 episodes unlike the other previous three which ran for 13 episodes.

How many kids does Catherine Reitman have?

Catherine Reitman has two sons with Philip Sternberg. Based on interviews, some of the things that Catherine Reitman depicted on the TV sitcom Workin’ Moms, especially in the beginning, were based on her experiences. For example, her pregnancy and postpartum struggles were used for the show. However, as the show went on and her kids started growing up in real life, Catherine said she got more and more protective of them and started coming up with fictional storylines for her kids.

What is the nationality of Catherine Reitman?

Although Catherine was born in Los Angeles in the United States, her mother and father were of Canadian descent, making her Canadian-American. Her father, Ivan Reitman, is a well-known film and television director, producer, and writer.

TV star, Catherine Reitman giving a talk on believing in oneself

How tall is Catherine Reitman and how much does she weigh?

Is Catherine Reitman married or single?

Catherine Reitman is married to Philip Sternberg. The couple has been married since 2009. Philip is also a producer on Workin’ Moms, and he even starred as Catherine’s husband in the show. 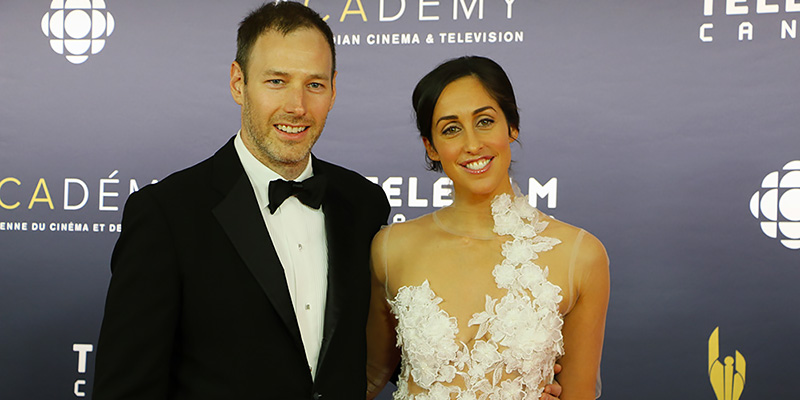 How much is Catherine Reitman’s net worth?

Catherine Reitman has a net worth of around $1.3 million.

Rose Leslie  – Get The Lowdown on This GoT Star