Kurt Russell and Goldie Hawn’s unmarried status is an inspiring story of true love and commitment in a Hollywood world often saturated with fleeting relationships.

Hollywood romances are notorious for being fleeting, but Kurt Russell and Goldie Hawn’s relationship is a shining example of how love can last in Tinseltown.

The two actors have been together since 1983, withstanding the test of time while continuing to star in some of Hollywood’s biggest blockbusters. Let’s take a deeper look into how these two stars defied the odds and kept their romance alive for nearly four decades.

Goldie Hawn and Kurt Russell have been together for 37 years and counting! They are not married, which is the one aspect of their long-term relationship that sets them apart. And despite decades of saying affirmatively, this famous pair is content to remain unmarried.

A detailed timeline of Kurt Russell and Goldie Hawn’s relationship, which is getting stronger than ever, is provided here. 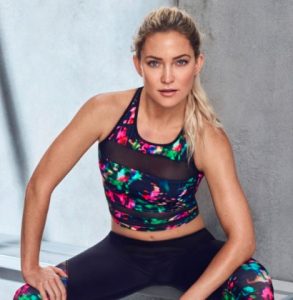 Like most Hollywood relationships, Goldie and Kurt met on the set of The One and Only, Genuine, Original Family Band in 1966—although they wouldn’t become romantically involved for another 17 years. Kurt was 16 at the time, and Goldie was 21.

The actress reflected on the experience to BBC Radio 4, saying, “I thought he was adorable, but he was far too young. Then, years later, we met him again, and I remembered that I liked him very much when I first saw him.

When both of them were chosen for the movie Swing Shift in 1983, their paths eventually crossed once more, and Kurt managed to win her over with a cheesy pick-up line.

He later told Conan O’Brien, “I was severely hungover, and I didn’t know Goldie at all outside of having worked with her those many years before. I didn’t know what to say, and she had a great body.

So the first thing that came out was, ‘Man, you’ve got a great figure.’ It came out quickly, and it could’ve gone wrong, and she said, ‘Why thank you.'”

However, the actor’s fawning was effective, and they eventually went on their first date one evening after work. Kurt took Goldie to The Playboy Club, where the two allegedly chatted for hours before continuing their conversation at Goldie’s recently acquired house. The couple had to think of a unique solution because the actress still lacked a key while renovating the house.

Kurt said, “We gradually made our way upstairs while stumbling into fictitious furniture. We had to enter the home to get in, so we were inside the made-up bedroom when the police entered. That was our initial encounter.

Kurt and Goldie welcomed Wyatt Russell, their first and only child, after three years of dating. They welcomed their first son together and raised their children from previous marriages: Russell’s son Boston Russell and Goldie’s children actress Kate Hudson and Oliver Hudson, who was first married to Gus Trikonis from 1969 to 1976 and Bill Hudson from 1976 to 1982, divorced him. Kurt also shared a son, Boston Russell, with his ex-wife Season Hubley, whom he was married to from 1979 until 1983.

The duo collaborated on the screen three times in the comedy Overboard, which was released in 1987. When Goldie and Kurt watched the movie again years later, it returned memories for the actress of her first love.

“You know how sometimes you forget why you fell in love? I remembered everything, and why I fell in love. It was really something to be able to watch that,” she told James Corden.

At the 61st Academy Awards, Goldie and Kurt collaborated to deliver the Best Director Oscar. The duo performed a humorous performance about their relationship status before declaring Barry Levinson as the winner of his movie Rain Man.

We were perfect for the theme of the show, Goldie stated. Kurt said, “There’s only one thing we’re not: Married,” which caused the audience to chuckle. “Because we’re costars, we’re compadres, we’re pals, and we’re a relationship!”

Goldie claimed that she and Kurt had remained together for such a long time—33 years, to be exact—because they chose not to get married.

If I had been married, I would have been long divorced, she admitted on Loose Women. “Marriage is vital if you need to feel obligated to someone. I chose to stay, Kurt chose to stay, and we loved the decision. What is marriage going to do?”

In a dual ceremony, the long-time couple each received stars on the Hollywood Walk of Fame in 2017. According to People, Goldie stated, “It ended up being a love fest.”

I didn’t anticipate him to say those things since I didn’t realize he would be so wonderful. His final words were, “I’ll always cherish you.”

Kurt and Goldie, who have been together for 37 years (and counting! ), once more stated that they do not plan to get married. I don’t think there’s any other way to be together than to want to be together; the actress told People.

The joy and excitement of being together and touching someone’s toes at night is a nice feeling, but it’s okay. It’s not about the marriage. It’s about the people, the relationship, and the will to stay together. And that’s a big one because you can have it if you want. You have to give things up.

Kurt continued for individuals like us, “The marriage certificate wasn’t going to generate anything that we wouldn’t have otherwise.”

A Love Story Unlike Any Other

Although unmarried, Kurt Russell and Goldie Hawn lived as if they were husband and wife for many years.

They have shared homes, raised children, and even made business decisions as one couple, ensuring their commitment remains strong and focused on each other, not just on their public image.

As Goldie Hawn has said before: “We don’t need that piece of paper… We’re very committed to each other; we are monogamous and devoted to our family.”

Proof That Love Can Last In Hollywood

Kurt Russell and Goldie Hawn’s story proves that relationships in Hollywood can stand the test of time—despite a culture full of short-lived romances between celebrities seeking media attention or validation from fans.

In addition to standing as an example of how love can last despite living in Tinseltown, this couple also serves as a reminder that marriage isn’t always necessary for two people to be happy together over an extended period.

Indeed, it is clear that Kurt Russell and Goldie Hawn have found true happiness with each other through their unique approach to relationships.

The long-standing relationship between Goldie Hawn and Kurt Russell is a heartwarming example of what can be achieved when two people are committed to and devoted to each other, no matter the environment they live in.

Over 37 years together, this couple has undoubtedly proved that marriage is not always necessary to find lasting love and happiness.

15 Celebrities Who Are Hair Goals