Find Out Why Everybody Loves Raymond! (Even When He Drops The F-bomb At The Oscars)

There were many TV sitcoms in the 90s that were a staple to people’s television screens. Together with sitcoms such as Friends and Will and Grace, to name a few, there was the comedy sitcom Everybody Loves Raymond. And the star in the show was no less than a man named Raymond himself. The role of Raymond was played by no other than Ray Romano. His kind of unassuming humor in the show was heart warming, and people were drawn to his character. Eventually, other projects came along, the more prominent one being his voice role as Manny, the main character, in the Ice Age animated film series. He was also a key character in the comedy-drama show Parenthood.

During the 80s, people didn’t have talent shows like American Idol or America’s Got Talent yet that would pave the road to stardom. What people had back then was the talent competition Star Search. It was here where Adam Sandler, Drew Carrey, and Ray Romano launched their careers. They would all become successful comedians after being in the competition. There are many other celebrities who were part of Star Search, including Dennis Miller and Alanis Morisette to name a few.

What did Ray Romano say at the Oscars that got deleted?

In the most recent Academy Awards, while Ray Romano and Sandra Oh were presenting an award, Ray Romano had his words bleeped out as he dropped the “f” word while he spoke. What Ray Romano was trying to do was quote his co-actor Joe Pesci from the film The Irishman. His exact words were “I would just sit there and be amazed, and then Pesci would come in and say, ‘Get the f— out of my chair.” Good thing was Sarah Oh was quick on her feet and responded, “I think they’re going to bleep that. Not everything is Netflix, Ray.”

Ray Romano explains why he swore at the Oscars

How old is Ray Romano?

What is Ray Romano doing now?

Ray Romano continues to do acting and comedy shows. His recent projects include his role as Bill Bufalino in the Scorsese crime film The Irishman. Of course, he didn’t let go of comedy as he is mainstay in the comedy series Get Shorty.

What did Ray Romano study to become?

Ray Romano was good with numbers. He actually first studied in Queens College in New York to become an accountant and also did work in a bank before he got serious with acting and comedy.

Who is Ray Romano’s wife?

Ray Romano has long been married. He has been married to Anna Scarpulla-Romano since 1987. They met while working at the same bank.

Who are Ray Romano’s kids?

Ray Romano has 4 children. Their names are Alexandra, Gregory, Matthew, and Joseph. His daughter, Alexandra, Ally for short, has appeared a couple of times in his show Everybody Loves Raymond. 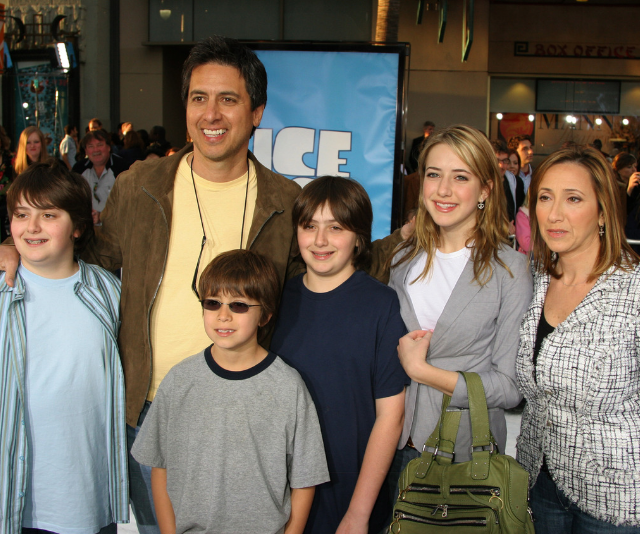 What is Ray Romano’s net worth?

Ray Romano’s shows have all been successful. He is one of the highest paid actors, and he has a net worth of $140 million.

What is the nationality of Ray Romano?

Ray Romano was born in Queens, New York in the United States. He is an American. He was born to parents of Italian descent.

What is Ray Romano’s height?

The Best Of Ray Romano Gallery

A Look At The Best-Dressed Royals In The World