Robert Pattinson is the New Face of Dior

by Chenie Taton
in Movie Actors, Models
0
Share on FacebookShare on Twitter
☰ Table of Contents show
1) Who is Robert Pattinson and what is his background?
2) Robert Pattinson’s Famous Roles and Projects?
3) Conclusion 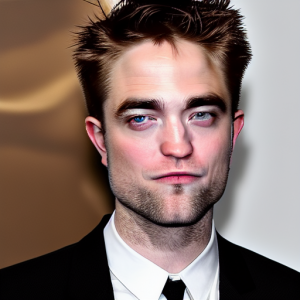 It’s official, the fashion house of Dior has announced Robert Pattinson as the new face of their brand. The actor, who is most well-known for his role as Edward Cullen in the Twilight Saga, will be appearing in ads for the company’s fragrances. Pattinson is no stranger to the fashion world, having previously graced the cover of GQ and Vanity Fair.

This partnership is a natural fit, as both Dior and Pattinson have a huge fan base of loyal followers. The Twilight Saga had a global impact when it was released, and its fans are still going strong 10 years later. Pattinson’s involvement is sure to generate excitement among the Twilight fans, many of whom are also diehard Dior fans.

Dior is no stranger to celebrity collaborations. In the past, they have worked with some of the biggest names in Hollywood, including Charlize Theron, Natalie Portman, and Jennifer Lawrence. This collaboration with Pattinson is sure to be a success, as he has a large and loyal following.

We think that this could be a great opportunity for Pattinson to show the world what he is capable of. It will also be interesting to see how Dior uses him in their advertising campaigns.

Who is Robert Pattinson and what is his background?

Robert Pattinson is a British actor, model, and musician. He started his acting career in 2004 when he played Cedric Diggory in the fantasy film Harry Potter and the Goblet of Fire. He later gained worldwide fame for playing Edward Cullen in The Twilight Saga (2008–2012).

Pattinson was born in London on May 13, 1986. His father, Richard, worked for a car importation business, and his mother, Clare, was a housewife. He has two older sisters, Lizzy and Victoria. Pattinson attended Tower House School until he was twelve years old before transferring to The Harrodian School.

Pattinson began acting in amateur stage productions while he was still at school. After a role in Guy Fawkes, he was cast in the Harry Potter film series in 2004 as Cedric Diggory, a Hogwarts student, and Quidditch player. He appeared in all four films of the series from 2005 to 2010. In 2006, Pattinson starred in the British drama film The Bad Mother’s Handbook.

In 2008, Pattinson was cast as Edward Cullen in the Twilight film series, based on Stephenie Meyer’s best-selling novel of the same name. He reprised his role in all five films of the series from 2008 to 2012. The Twilight Saga film grossed a total of over $US three billion worldwide.

In 2011, Pattinson starred in the film Water for Elephants alongside Reese Witherspoon. He also played the lead role in David Cronenberg’s Cosmopolis. In 2012, he starred in The Twilight Saga: Breaking Dawn – Part II, the final film in the Twilight Saga.

Pattinson has also starred in several other films including Remember Me, Bel Ami, and Maps to the Stars. He will next be seen in the upcoming films High Life and The Lighthouse.

The new collaboration between Robert Pattinson and Dior is sure to be a success. His large fan base will generate excitement and boost sales for the company. This is just one example of how celebrities can be used to help promote a brand.

Rosa Salazar – Get the Lowdown!