Shakira and Pique divorce amidst allegations of infidelity have been one of the biggest news in Latin America. It was only a matter of time until the Colombian singer had something to say about this explosive situation.

After 12 years of being together, Shakira and Gerard Pique have sadly decided to end their relationship. 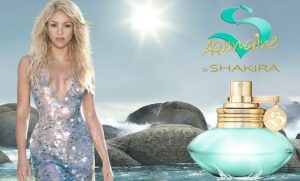 From Shakira’s Sweet Kiss perfume to S by Shakira Rose Elixir, these scents capture the essence of this superstar Latina’s passionate spirit.

After such a long relationship full of love and support, it seemed unusual for them to call off their relationship.

Shakira, the Colombian pop star, has released a new song in collaboration with the 24-year-old singer Bizarrap (a.k.a Bzrp). Since the song’s release, there has been much speculation that the lyrics are directly dig at her ex, Gerard Piqué, and his new girlfriend, Clara Chia Marti.

Phrases like “I am worth two of 22” could reference the age difference between her and the new girlfriend. She mentions giving so much to someone who acted like a “champion” but gave her “his worst version” when she needed him, which could be a reference to Piqué’s infidelity and the rocky end of their relationship.

Shakira doesn’t hold back in this new song, making numerous obvious references, including a play on words with the name of the “other” woman. Because she is not ashamed, and the lyrics clearly state that she was too good for him, the song is unapologetic and a symbol of empowerment. We translated the entire song so you can be the judge and visually absorb this so you can decide whether these lyrics are truly autobiographical.

Shakira And Pique Divorce After 12 Years Of Relationship

In June 2021, news broke that longtime partner couple Shakira and Pique were getting a divorce after being together for 12 years.

As fans grieve this shocking news, let’s look back on the past 12 years and review their relationship, from the start to the end.

Shakira is no longer keeping quiet about her split from her longtime boyfriend, Gerard Piqué, who was accused of infidelity.

For the first time, the “Hips Don’t Lie” singer addressed the abrupt breakup in a new cover interview for Elle’s October issue.

“Oh, this is really difficult for me to talk about personally, especially since this is the first time I’ve ever addressed this situation in an interview,” she admitted. “I’ve remained quiet and just tried to process it all, and yeah, it’s hard to talk about it, especially because I’m still going through it, and because I’m in the public eye, and because our separation isn’t like a regular separation, and so it’s been incredibly difficult not only for me, but also for my two children.”

Shakira’s Moving To Miami With Sons After Break Up

Following their divorce in June, Shakira and Gerard Piqué have reached a custody agreement for their two sons.

“Our sole goal is to provide our children with the utmost security and protection, and we hope that they can continue with their lives in a safe and calm environment,” the former couple said in a statement to PEOPLE on Tuesday. “We appreciate the fact that their privacy and well-being will be protected.”

Milan (first born) is 9, and Sasha, the second child, is 7, they are the singer’s and the retired soccer player’s sons.

“We regret to inform you that we have decided to divorce,” they said in a joint statement. “We request privacy at this time to ensure the safety of our children, who are our top priority; we appreciate your understanding and respect in advance.”

“And what’s also real is the disappointment of seeing something as sacred and special as I thought was my relationship with my kids father turned into something vulgarized and cheapened by the media, all while my father has been in the ICU and I’ve been fighting on different fronts,” the singer added. “Like I said, this is probably the darkest hour of my life,” she says, “but then I think about all those women around the world who are suffering, who are going through a situation as bad as mine, as difficult as mine, or worse.”

After confirming their relationship in March 2011, Pique and Shakira announced their separation in early June. The ex-couple met on the set of her music video for “Waka Waka (This Time for Africa),” the official song of the 2010 FIFA World Cup.

The Start of Their Relationship

Shakira and Pique first met in 2010 at the FIFA World Cup in South Africa after being introduced by mutual friends. Shakira was already famous for her music career at that time, while Pique was an up-and-coming professional soccer player. Despite their different backgrounds, they hit it off immediately and began dating soon after. In 2011, they welcomed their first child Milan into the world and were married shortly afterward in early 2013.

The Height of Their Relationship

Shakira and Pique quickly became one of the most beloved celebrity couples in the world. They were frequently seen attending red carpet events and showcasing their love on social media platforms such as Instagram. One of their most memorable moments was when they attended the 2019 Met Gala together dressed as superheroes! They also shared two more children during this period; Sasha in 2015 and Axel in 2018.

The End Of Their Relationship

In June 2021, news broke that after 12 years of marriage, Shakira and Pique had decided to get a divorce. The couple released a joint statement confirming the news but did not provide further details about why they chose to go their separate ways. Although fans are devastated by the news, many wish them both well in their future endeavors. It is clear that although their relationship has come to an end, Shakira and Pique both remain committed to co-parenting their three children with love and respect for each other’s privacy during this difficult time.

Shakira and Pique divorce came as a shock to many fans, but the couple has since shown that they are committed to co-parenting their children in a way that is in the best interest of their two sons’ children.

Shakira and Pique’s 12-year-long relationship has ended, leaving many fans devastated. However, despite their separation, the couple remains committed to putting their children first, ensuring they receive all the love and support they need during this difficult time.  We wish them both all the best in the future!

The Love Story of Rain and Kim Tae Hee