Recapping Notable Ms. Universe Winners and Their Journeys To Victory

by Chenie Taton
in Models
0

The Miss Universe competition has been around for nearly 70 years and is still going strong today. Millions of contestants from all over the world have competed for the prestigious title, and the winners have gone on to accomplish great things. Let’s take a look at some of the list of Ms. Universe winners throughout history and their incredible journeys to victory.

These remarkable women have taught us that anything is possible. Their inspiring journeys of determination and perseverance are a testament to the strength of the human spirit.

What is Miss Universe?

Since its inception in 1952, the Miss Universe pageant has been a platform for women to showcase their beauty, poise, and grace. Each of these contestants has unique stories that have brought them to the stage.

Let’s take a look at some of the most inspiring Miss Universe winners and their journeys to victory.

Now, Miss Universe 2022 R’Bonney Gabriel is set to join their ranks with her unique and diverse styles. 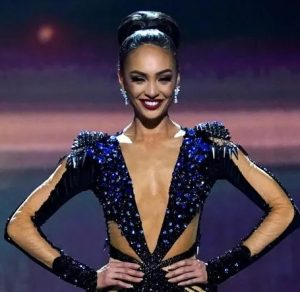 Let’s check the fashion styles that make R’Bonney Gabriel get the crown for Miss Universe 2022!

The 70th Miss Universe pageant was held on Sunday, December 12 at the Universe Dome in Eilat, Israel. Miss India Harnaaz Sandhu has been crowned Miss Universe 2021.

Miss Universe 2020 Andrea Meza, was crowned Miss Universe on Sunday, May 16th in Hollywood Florida. She is the first Mexican woman to win the Miss Universe title since Lupita Jones in 1991.

In 2019, South African native Zozibini Tunzi made history when she became the third black woman in history to win the Miss Universe crown after Sushmita Sen and Leila Lopes before her. But Tunzi’s victory wasn’t just about breaking records; it was also about inspiring other young women to embrace themselves fully without fear or hesitation—especially those from traditionally marginalized communities who don’t often get recognition or validation for their accomplishments on an international scale like this one.

Catriona Gray is one of the most recent Ms. Universe winners, having won in 2018 at age 24 after competing previously in 2016 where she placed fourth runner-up. Her passion project during her time competing focused on helping impoverished children receive better access to education through her organization Paraiso: The Bright Beginnings Project Philippines Inc., which she founded before entering into the competition again in 2018.

Demi-Leigh is a business management professional from South Africa’s Western Cape. This blonde-haired beauty with small eyes is an advocate for women’s self-defense in order to protect and nurture their confidence. With her enchanting looks, she is South Africa’s second Miss Universe winner after a nearly 40-year-long gap!

Iris, a French model, and television host has been crowned the title of Miss Universe 2016 and is the country’s second winner of the title since 1953. Aside from her captivating looks, her sharp features and wavy brown hair can take anyone down. Iris is a medical student who is well-known for her work in raising awareness about children’s health.

PiaWutzbach, a Filipina beauty, is a self-made woman who is admired for her upbeat and confident demeanor. Pia began modeling at a young age to help support her family and has paved her way to success with her down-to-earth demeanor and elegant looks. Her gestures and responses during the competition had everyone on their feet, and it is true that she is confidently beautiful with a heart! ’

Paulina Vega, a Columbian beauty, is a well-known model, actress, and host. Vega has won the title for her country after a 56-year absence and has made the country proud with her charm and beauty. Not only that, but she is also the first Miss Atlantico to ever win the list of Miss Universe titles!

Maria Gabriela de Jess Isler Morales, also known as Gabriela Isler, is a Venezuelan television host and model. Mara, who is known for her elegant and charming smile, is the seventh winner from the country. Her beauty and fashion sense are impeccable. Aside from her undeniable charm, Gabriela is dedicated to the cause of female empowerment.

Rhode Island is well-known not only for its exotic beaches but also for its hot ladies. Olivia Culpo, who won the title in 2012, is one such celebrity. The modern fashion influencer is known for her dark hair and beautiful smile, as well as her infectious personality. She went on to become a well-known model and actress after winning the Miss Universe title!

Leila is one of the few women from lesser-known communities, such as Angola, to reach the stage of beauty pageants. Leila, who was raised in the United Kingdom, is an outspoken advocate for HIV/AIDS awareness and the elimination of discrimination against those suffering from the disease. She won the crown after making racist remarks and proving her worth by winning the most prestigious beauty pageant. Leila stood tall as a role model for many other women from similar communities. We admire her fearless attitude!

Ximena Navarrete was the second Mexican woman to win the title in 2010. Ximena, an actress and TV host by trade, was a model before entering the beauty pageant. Her charming smile and stunning beauty were the talks of the town at the time! She is now a well-known actress who has made a name for herself in the industry through her captivating performances.

Stefana, a Venezuelan sweet beauty, is known for her distinct blend of sharp facial features and bold eyes. Stefana, who is of Russian, Spanish, and Ukrainian descent, has a mixed ethnic appearance, which adds to her unusual yet stunning beauty. She has also entered Guinness World Records as the first winner of this title to be crowned by a fellow countryman. She is now a well-known model and TV host.

Venezuela, which has won several beauty pageants, added another victory in 2008 when Dayana Sabrina Mendoza Moncada was crowned. Dayana, who was known for her acting and modeling abilities, was also the second woman from the state of Amazonas to win the title after 1991. Aside from being a vibrant beauty, she is remembered for her contributions to the fight against HIV/AIDS and is a truly inspirational woman!

The beauty of Japanese women took time to gain popularity. It did so with a resounding bang. Riyo Mori’s long-awaited victory in 2007 thrust the country into the spotlight. Riyo, the 11th Asian to win this title, is a professional dancer and model actress. Riyo has graceful looks and an elegant demeanor despite his small eyes and face. She is a well-known and highly sought-after actress.

ZuleykaJerrs Rivera Mendoza, also known as Zuleyka, is the youngest Miss Universe winner to date. She is a TV host, model, dancer, and actress who has inherited characteristics from both African and indigenous communities. ‘Despacito,’ a popular music video, reveals a lot about her acting and dancing abilities!!

Natalie, the second Canadian woman to win the title, is a Russian-Canadian model and host. Natalie, who was born in Russia, has fantastic dance moves that are filled with grace and elegance. Her unusual green eyes are both beautiful and intense. Natalie is well-known for her contributions to Great Apes and Gibbons Conservation, as well as her role in wildlife conservation.

Jennifer Hawkins, who was born in Australia, won the title in 2004. Jennifer Hawkins, with her blonde hair and infectious smile, made an impression in several rounds of the competition and aced the title with her grace and smoldering looks. She has also competed in Australia’s top model search. She is a model, actress, and fashion entrepreneur with her own swimwear line.

Amelia Vega was the second-youngest woman to win the championship after 1994. This Dominican Republic native with brown eyes and brown hair has captivated everyone with her intense looks. She is well-known for her work in raising awareness about HIV/AIDS. Amelia also established a new record in the Miss Universe pageant. She is the tallest woman who has ever won this title!

Justine, a Polish and Panamanian model from the Ukrainian USSR, was the first Miss Universe runner-up in 2002. However, because the winner was dethroned after 120 days of competition, Justine became Miss Universe in the same year. She is now a well-known model and actress. She is also the first ever miss universe as a Panamanian to win the title.

The Puerto Rican actress is the country’s fourth winner of the award. Not only that, but Denise is well-known for being one of the most photogenic women ever in this competition, as well as for her bold and intense appearance. Her grace and elegance have completely captivated the judges. She has appeared in films and television shows.

The Indian actress and model from Bangalore, India has crowned Miss Universe in 2000. She is the second-ever Indian woman to win this title! Lara has an exotic beauty that stands out uniquely amongst all other contestants. She is known for her knowledge of Hindi and English literature, which she showcased during the competition. Her graceful looks have been popularized in many Bollywood hit films.

The list of Miss Universe winners throughout history is an interesting one. These women have all made a name for themselves in the world of beauty pageants and modeling.

They have also gone on to make great contributions to society through their work, and each has had an impact on her respective country. It is amazing to see how much these women can achieve despite the odds that are against them.

Each of these women has shown great courage and determination in their pursuit to make a name for themselves and become the next Miss Universe!