Dwayne Johnson Life: The Rock of Our Generation 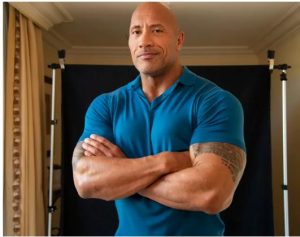 There is no denying that Dwayne Johnson is one of the most popular entertainers in the world. He has made a name for himself in Hollywood and is known for his action-packed movies and his incredible work ethic. But what makes Dwayne Johnson so special? Why is he called “The Rock?” In this blog post, we will take a closer look at the life and career of Dwayne Johnson, and explore why he has become such an icon.

Who is Dwayne Johnson?

Dwayne Douglas Johnson was born on May 02, 1972, in Hayward, California. He is the son of Ata Johnson and professional wrestler Rocky Johnson (born Wayde Douglas Bowles; 1944). Johnson’s father is of Black Nova Scotian descent, and his mother has Samoan ancestry. Dwayne has Samoan ancestry through his mother, and he also has Black Canadian heritage through his father. He was raised in a wrestling family and he knew from a young age that he wanted to be a professional wrestler like his father. Dwayne has said that he is proud of his heritage and considers himself to be “half Black and half Samoan.”

Dwayne Johnson has had an interesting and unique career, to say the least. He was born into a wrestling family, his father being the legendary Rocky Johnson. Dwayne followed in his father’s footsteps and became a professional wrestler himself, going by the name “The Rock.” He then made the transition to acting, and he has since starred in some of Hollywood’s biggest blockbusters. In this blog post, we will take a closer look at the life and career of Dwayne Johnson.

Dwayne Johnson’s career began in the world of professional wrestling. He was signed by the World Wrestling Federation (WWF, now WWE) in 1996 and given the name “The Rock.”

He adopted the persona of The Rock a year later and proceeded to become one of the most well-known names in wrestling, winning numerous championships on his path to being one of the more decorated wrestlers in WWE history.

He quickly rose to fame in the WWF and became one of the most popular wrestlers in the world. Rocky Johnson, was a professional wrestler as Johnson grew up across America. In 1990, he attended the University of Miami, where he played college football and even was a part of a national championship-winning team. Unfortunately, injuries sidelined any prospect of a career in the NFL. After graduating, Johnson moved to Calgary, Alberta in Canada where he worked as a bouncer and then began training with Pat Patterson to be a professional wrestler.

The Rock won the WWE Championship eight times and the WWF/WWE Intercontinental Champion twice. He is also a five-time tag team champion in WWE. Outside of wrestling, The Rock has had a successful acting career, appearing in films such as The Scorpion King, The Rundown, Gridiron Gang, Walking Tall, Tooth Fairy, Get Smart, Fast Five, G.I. Joe: Retaliation, and Pain & Gain. He has also appeared on television shows such as Saturday Night Live, Ballers, and Baywatch.

Dwayne Johnson’s net worth is estimated to be $320 million. He is one of the highest-paid actors in Hollywood and has made a name for himself as a box office draw.

He was a standout high-school athlete, and he played on the 1991 NCAA Championship football team at the University of Miami (Bachelor of General Studies, 1995). After injuries cut short his career in the Canadian Football League, he turned to wrestle full-time under the tutelage of his father and uncles in the World Wrestling Federation, now WWE.

Dwayne Johnson is married to Lauren Hashian, with whom he has two daughters. He also has a daughter from his previous marriage to Dany Garcia. In his spare time, Dwayne enjoys working out, playing football, and spending time with his family.

Dwayne Johnson is known for his charitable work. He has supported a number of causes throughout his career, including Make-A-Wish Foundation, Operation Smile, and The Red Cross. In 2006, he founded the Dwayne Johnson Rock Foundation, which is dedicated to helping children lead healthy and active lives.

Dwayne Johnson has had a successful career in both professional wrestling and acting. He is one of the most popular and recognizable names in Hollywood, and he has starred in some of the biggest blockbusters of all time. He is also a philanthropist and has supported a number of causes throughout his career. Dwayne Johnson is truly the Rock of our generation.

Katherine Langford – 13 Reasons Why We Love Her

Where Is Tatyana Ali Now? Find Out What The Famous TV Show Actress Is Working On!