We are worried, darling. There have been rumors of drama between Olivia Wilde, the director of Don’t Worry Darling, and the film’s lead actress, Florence Pugh, one of the stars.

Don’t Worry Darling, the upcoming psychological thriller starring Olivia Wilde, Florence Pugh, Chris Pine, and Harry Styles, has been making headlines for a while now—and not just because of its star-studded cast.

Recently, news of a behind-the-scenes shakeup has put the production in jeopardy. Let’s explore what’s happening with this much-anticipated movie. 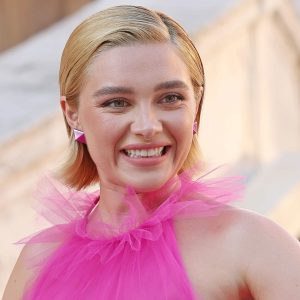 Take your wardrobe to the next level by exploring the unique style sense of Florence Pugh!

What Is Don’t Worry, Darling?

A psychological thriller set in an idyllic 1950s town, the film follows Alice (Pugh) as she discovers a dark secret being kept by her husband, Jack (Styles) after one of their neighborhood’s housewives goes missing.

The film will have its world premiere at the Venice Film Festival before being released to the general public on September 23.

Due to a strong script and the critical success of Wilde’s debut film, the film was also the subject of a bidding war between multiple studios.

According to the trailer, the film will be a visual trip with an engaging mystery. Wilde has also stated that the film is primarily about female pleasure. “Men don’t appear in this film,” she explained to Variety. “There are only women here!”

The film, which will be released in theaters on September 23, has all the hallmarks of a highly anticipated release, such as an A-list cast, a buzzy director, and eerie, teasing trailers. On the other hand, the project’s behind-the-scenes drama has generated just as much intrigue and mystery as the plot itself.

On September 6, a source released a statement that the film’s controversy has been “tough to navigate with a smile” and that the situation is unfortunate because “everyone went into the movie with the best intentions.”

Wilde’s second directorial project, following 2019’s Booksmart, and the actress-turned-director has spoken openly about the pressure she feels with her sophomore film.

The film Victory is a thriller set in an idyllic 1950s town called Victory. Wilde says it’s harder for women to get a second chance at directing.

Wilde cast Midsommar star Florence Pugh in the lead role of Alice, with Shia LaBeouf initially set to play Alice’s husband, Jack. However, it was announced in September 2020 that LaBeouf had left the film and that Harry Styles had taken his place.

From casting changes to an on-set romance, the film kept moviegoers and social media followers on their toes in the months following its release.

While much of the buzz surrounding the film has to do with its star power—Florence Pugh, Chris Pine, and Harry Styles—there’s also been some drama behind the scenes. Read on for the lowdown on what went down when cameras weren’t rolling.

This move caused Warner Bros., which owns New Line Cinema, to halt production on the movie as they scrambled to rework the script and hire new actors. Now that Chu is at the helm of Don’t Worry Darling again—this time as its sole director—production is expected to resume soon in Los Angeles.

Chu has revealed that he plans on keeping most elements of Wilde’s original vision intact while also adding his spin on things—so fans can expect something unique from him in this film!

The Most Notorious On-Set Conflict

The most notorious conflict was between Wilde and her former cinematographer, Matthew Libatique. Libatique had worked with Wilde before on her 2019 movie Booksmart, and she initially reached out to him to work on Don’t Worry Darling.

In 2021, it was reported that Wilde fired LaBeouf due to poor behavior and clashes with the cast and crew. Wilde elaborated on this by saying:

As someone who admires his work, (LaBeouf’s)process did not reflect the ethos, I expected in my productions. He has a process that appears to require combative energy in some ways, which I don’t believe is conducive to the best performances.

However, in August 2022, LaBeouf denied these claims, claiming that he left the film despite Wilde’s efforts to keep him on board. He provided Variety with evidence to back up his claims, including a video recording of Wilde saying to him:

I don’t think I’m ready to give up on this just yet; I, too, am heartbroken and want to figure this out. You know, I think this might be a wake-up call for Miss Flo, and I’m wondering if you’re willing to give it a shot with me, with us.

My accountability was to her. I’m like a wolf mother. He approaches his work with a combative intensity. It was not the ethos I expected in my productions.

Wilde and Pugh allegedly clashed on set, causing tensions during the film’s production and promotion. On set, the two reportedly had a “screaming match,” and then-Warner Bros. executive Toby Emmerich oversaw a “long negotiation process” between Wilde, Pugh, and the studio to determine how much Pugh would remain involved in the film.

This included Pugh limiting the amount of promotion she would do for the film, including not attending the film’s New York premiere, though scheduling conflicts with filming Dune: Part Two were also cited. On September 25, 40 members of the film’s crew issued a statement denying the allegations and calling rumors of unprofessional behavior on the set “completely false.”

The incident also reportedly caused leading actor Harry Styles to drop out of his role in the film. Florence Pugh and Chris Pine have since been cast as his replacement. It is unclear if any additional changes will be made before production resumes.

Don’t Worry Darling also made headlines thanks to its unique casting process. Potential cast members were asked to audition and provide personal information that some found invasive.

Sources close to the production team revealed that prospective actors were asked about their parents’ occupations, their relationship status, and more details about their pasts than many felt comfortable sharing for a job opportunity.

Overall, this left many feeling unsettled about the experience—although this oversharing may have become more common due to social media culture that values openness over privacy.

Its success proves that despite all the drama surrounding the film and its chaotic press tour, there’s no such thing as bad publicity.

There were fears that the film, starring Florence Pugh and Harry Styles, would be overshadowed by the off-set drama: rumors of squabbles between Pugh and Wilde, a lawsuit, and the COVID-19 pandemic delaying the production.

Dont Worry Darling Controversy has had a turbulent journey to its release date, with changes in directors and cast members, on-set romance rumors, and production assistant firings.

However, the film is finally set for release this September and promises an exciting thrill ride. With its gripping storyline and star-studded cast, Don’t Worry Darling is sure to be one of the most talked about films of 2021. We’ll have to wait and see how it fares at the box office!

The Rise and Fall of Britney Spears

Camila Cabello Is the New Face of L’Oreal Paris